I have listed this as Soccer Manager Best tactics and tips with formation to win the game.

Defense
Pressing: All Over
Tackling Style: Normal
Back Line: Normal

Using this tactic and formation you will score more than 5 goals in a match with the opponents slightly lower than your level. I found this formation and tactics winning because it makes your team strong in an attack by scoring many goals but the defense will be a little bit weaker thus you will concede some goals as well.

Defense
Passing: All over
Tackling Style: Hard
Back Line: Low

Defense
Passing: All over
Tackling Style: Aggressive
Back Line: Normal

This tactic is balanced and helps you to score more goals to dominate the match against a weaker opponent team. 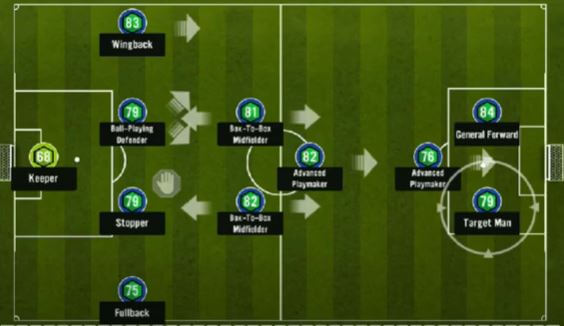 This is one of the best tactics of a soccer manager which help you to win the trophies and titles so use this formation especially on the final cup matches.

Defense
Passing: All Over
Tackling Style: Aggressive
Back Line: Normal 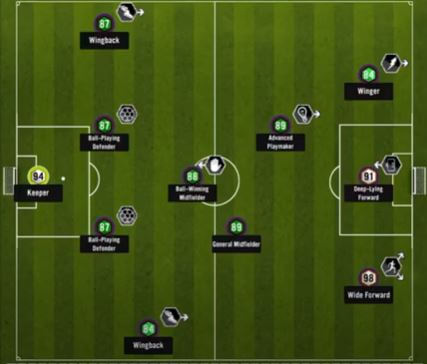 Tiki taka is one of the most famous formations in football, we all know about this formation so to play this formation you must have players with good passing and pressing skills. With the help of this formation, you can score more goals and concede less.

Defense
Passing: All Over
Tackling Style: Aggressive
Back Line: High

How to beat a strong opponent

This formation is used when your opponent team is stronger than you.

Defense
Passing: Own Half
Tackling Style: Aggressive
Back Line: Normal

Defense
Passing: All Over
Tackling Style: Aggressive
Back Line: High

Setting your team instructions will result in how your team will play football in a match. You will need to make sure that this will fit in with your formation and the quality of your players.

This will be the basic mentality of how your team will play. You should keep this balanced beforehand and then change in-game.

Determines the overall speed of play. Thus, this will have an effect on how the speed at which the ball is moved. If you have high chemistry, a fast tempo will be quite effective.

How strict you want to be with the players. High creativity will therefore result in players moving about playing adventurous passes. Whereas, Low creativity will mean that players will tend to stick to a position and play simple and safe passes.

Can be set to “Short”, “Direct”, “Longball” and “Mixed“. This will contribute to the creativity of the team and how they play whilst in possession.

Relates to the are at which your team will attack. This can be down the middle, or down the flanks. Choose this setting based on your formation and how many players are in those attacking areas.

This determines how your wide players will get the ball central. They can either work the ball into the box, play early crosses, or play late byline crosses, or have a mix. Byline crosses work best when your wide players are inverted (use the opposite foot to the side on the pitch, such as a left-footed RW). Working the ball into the box is better for central play, whilst crosses work better with Target Man strikers.

Can be set to your own area, your own half, or all over. The larger the pressing area, the more pressure there will be. However, a larger area to cover will also tire out your players. It is best to switch to pressing all over whilst your team is losing.

Can be normal, hard, or aggressive. The stronger the tackle, the likelier it is to get the ball off the opponent, however, it is also a lot riskier. Aggressive tackling results in a higher number of fouls.

Determines the position at which the backline sits. This can be high upfield, or deep downfield, or balanced. A high backline will be a lot more attacking but leaves a lot of space behind the defense for attackers to run into on the counter. A deep backline plays more defensive, allowing for less room for the opposition to attack. However, this will reduce the numbers in attack.

All of the above formation and tactics have been applied by me in soccer manager 2021 and proven to be working. So if you have any queries or confusion you can comment down below, I will be happy to help you all. Have more than 10 years of experience in Football manager Games so you can also get more tips from me in the comment box. In addition, I have mentioned the best way to play Top eleven football manager in the link down below.